creating a festival, taking part in the world

Last June, the artistic direction of FTA was handed over to Martine Dennewald and Jessie Mill—two female voices from different continents. Their commitment to the festival is an exercise in duration: the short term of the spring event, as well as the long and patient work of building relationships. They see the festival as a long-term project, spanning their five-year mandate. Read the press release on their appointment > 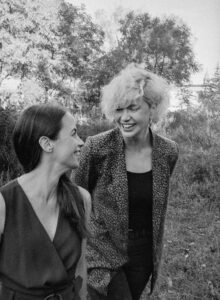 “The beginning of a performance is often both exhilarating and challenging. Those first few minutes that grab or dispel attention. An invitation, a provocation, a whiff of an unknown universe. Our beginnings are seasoned with this particular spice: the intoxicating giddiness of novelty.

The coming edition of FTA, our first as codirectors, is based on an ongoing and vibrant dialogue with artists and their works. Hosting a festival is also a way of questioning our bond to the world, of nourishing our connections and tending to them, a way of learning.” 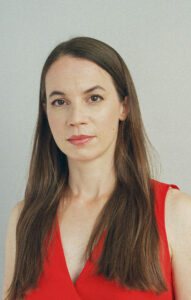 After studying dramaturgy (Leipzig, Germany) and cultural management (London, UK), Martine Dennewald began her career at LIFT (London International Festival of Theatre) and went on to work at Kortárs Drámafesztivál in Budapest and at Schauspielhaus in Zurich. She then served as curator for the “Young Directors Project” at the Salzburg Festival from 2006 to 2011, and later joined Niels Ewerbeck as dramaturg at Künstlerhaus Mousonturm in Frankfurt, serving as acting co-director of the venue for a year, along with Marcus Dross and Martina Leitner.

From 2014 to 2020, she was the artistic director of Festival Theaterformen, held by turns in the German cities of Hanover and Braunschweig. Founded in 1989, this international performing arts festival boasts a strong non-European programme and explores a different contemporary issue every year. In 2016, Dennewald thus focused on translation and intercultural mediation, with emphasis on artistic work from five major Asian cities, followed by a 2017 edition dedicated entirely to female directors and choreographers. In 2018, the festival programme investigated the artistic and structural challenges facing the postcolonial world.

At the head of Festival Theaterformen, Martine Dennewald developed a vast global network, particularly in Europe and in Eastern and South-East Asia. Fluent in eight languages, she takes an active interest in global cultural policies.

From 2019 to 2021, Martine Dennewald served as vice-president of the International Theatre Institute, which oversees Theater der Welt, the largest international theatre festival in Germany. She also shared her passion for the visual arts with the public by volunteering as a gallery guide at the Kestnergesellschaft contemporary art museum in Hanover.

In July 2021, together with Jessie Mill, she took the helm of Festival TransAmériques in Montréal as co-artistic director. 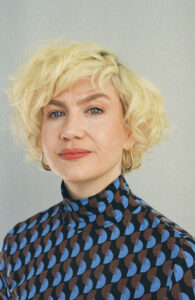 As a dramaturge and artistic advisor for Festival TransAmériques from 2014 to 2021, Jessie Mill has developed a sophisticated understanding of Quebec’s dance and theatre practises as well as their ties to the global performing arts scene, which she has followed closely over the past fifteen years. In June 2021, driven by a collective endeavour, together with Martine Dennewald, she became co-artistic director of FTA.

Passionate about contemporary writing, she served as the international projects advisor at the Centre des auteurs dramatiques (CEAD) from 2010 to 2014. Head of foreign programming for four editions of Dramaturgies en dialogue, she was also in charge of the centre’s translation activities.

Along with Martin Faucher, who invited her to join the FTA team in 2014, she developed the FTA Playgrounds, and created the FTA Clinics in 2016. This artistic support programme designed to benefit the local theatre and dance communities quickly went global (France, Germany, Italy, Flanders), bringing together a large international community of dramaturges. In 2020, Mill co-created and hosted the FTA-produced podcast Habiter la vie. She also co-edited the book FTA : Nos jours de fête, published with Somme toute in 2018, and is currently working on a dramaturgy handbook, a joint publication forthcoming in 2022.

Fostering close ties with local artistic communities, Jessie Mill supports various theatre and dance projects as a dramaturge. She has also published several essays on the performing arts, namely in the cultural journal Liberté, where she serves on the editorial board. She occasionally works as a visiting instructor, course lecturer, or mentor at the University of Ottawa, at the National Theatre School of Canada, and at the Université du Québec à Montréal, in addition to offering cross-disciplinary workshops on dramaturgy. She has been a long-time collaborator of the pan-African festival Les Récréâtrales, in Ouagadougou, Burkina Faso, where she provides guidance to young artists as part of the LABO ELAN programme. She hopes to build bridges between her two favourite festivals.

An Active Force in Theatre

Renowned for his sense of community and commitment, David Lavoie has been actively involved in the cultural milieu for the past fifteen years.

“I was a young adult when I first encountered, almost by chance, theatre in the form of a café-théâtre on St. Denis Street. I was studying administration and knew nothing about the stage and performance, but I soon became friends with the artists performing shows there. I found their work fascinating, like a foreign language that describes the world in new and different ways, reinvigorating it with beauty and truth.” 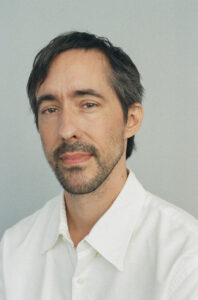 A tenacious entrepreneur, he helped create the Théâtre Aux Écuries, a veritable incubator of theatre, and served as its general manager from 2005 to 2012. The following year, the Conseil québécois du théâtre acknowledged his exceptional contributions and awarded him its Prix Sentinelle. Co-founder of the Festival du Jamais Lu, David Lavoie was its administrative director until 2012. He also assisted Théâtre de la Pire Espèce with its local and international activities as administrative director, and has also worked with Théâtre du Grand Jour and the Festival du nouveau cinéma.

Concerned about the professional and institutional issues facing the arts, David Lavoie shares his expertise with several cultural organizations. He was a member of the board of directors for the Association des compagnies de théâtre, the Association des diffuseurs spécialisés en théâtre, the magazine Liberté and Rubberband Dance, and serves today on the board of directors for the Quartier des Spectacles Partnership. He was co-president of the Conseil québécois du théâtre from 2016 to 2018, working in conjunction with Brigitte Haentjens. Always ready to help improve conditions for artists, he plays an active role in mobilizing forces and resources.

His unfailing and structured commitment to supporting emerging artists continues, and he acts as a mentor and consultant for many young artists. With a degree in business administration from the École des Hautes Études Commerciales in Montreal, the co-executive and administrative director of the FTA also has a black belt in kung fu. Keenly interested in collective intelligence and projects with liberating power, David Lavoie directs the FTA with an acute awareness of the future of its imperatives.