A huge theatrical shock. A young director seizes Houellebecq’s dazzling touchstone novel and presents a brilliant theatre fresco on the intimate confusions and disarray of our era.

PARTICLES SEEKING PARTNERS
Last summer a sensational thunderbolt jolted French theatre. The 26-year-old director Julien Gosselin had the temerity to bring to the stage Michel Houellebecq’s seminal novel. The result? An astounding performance. In a striking presentation delivered with imposing panache, ten flamboyant actors portray the emotional, sexual and existential bleakness of Western civilization. In physics, every elementary particle is paired with an identical anti-particle. The two particles in the novel are Bruno, a dissolute professor of literature, and his half-brother Michel, a scientist who, in response to our world and to Bruno’s vain quest for pleasure, directs his genetic research toward the elimination of sexual reproduction.

This brilliant theatrical panorama journeys from May 1968 to the near future. The actors are narrators, characters, commentators and musicians, creating and abolishing theatrical conventions with amazing fluidity. They catch the spectator in the very heart of the present, shifting from lyricism to irony, from the social to the philosophical, from the private to the universal. A revelation! 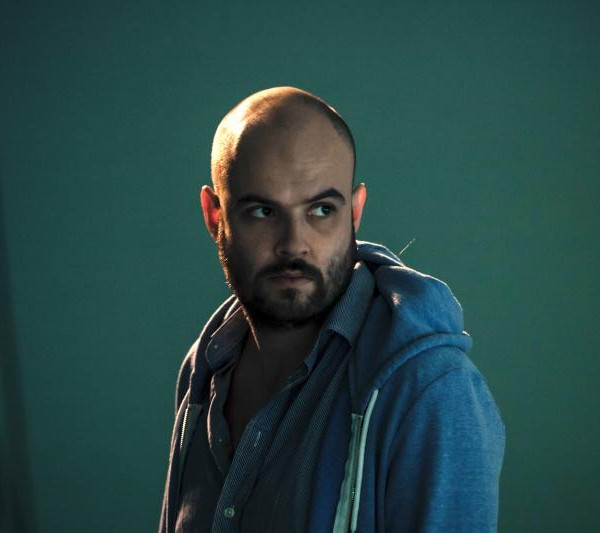 For contemporary art. Absolutely contemporary.
“If you could lick my heart, it would poison you.” In 2009 after graduating from the École professionnelle supérieure d’art dramatique in Lille, Julien Gosselin was inspired by that statement made by a death camp survivor to Claude Lanzmann in Shoah, using the phrase as the name for the theatre collective he founded with five of his fellow students.

Stuart Seide, one of his professors who introduced him to a concept of theatre as a forum for frank expression and for voicing ideas, invited Gosselin and his company to Théâtre du Nord starting in 2010 with their first show, Gênes 01 by Fausto Paravidino, an open-ended text on the suppression of demonstrations by anti-globalization activists at the G8 summit in Genoa in 2001. Then in 2012 Julien Gosselin and his collective mounted Tristesse animal noir by the German playwright Anja Hilling, whose writing mixes dialogue, stories and direct audience address, reflecting her concept of theatre as various utterances all juxtaposed together. His third piece, Les particules élémentaires, based on the novel by Michel Houellebecq, was presented at the Avignon Festival in 2013. Julien Gosselin and his collaborators present once again theatre attuned to the present, plays based on very literary contemporary writing.

A major figure of contemporary French literature, the poet, novelist, filmmaker and polemicist Michel Houellebecq first attracted attention with the publication in 1994 of his first novel Extension du domaine de la lutte (published in English as Whatever). It describes with incredible lucidity, in a style of diabolical simplicity, the human consequences of economic liberalism. Four years later came Les particules élémentaires, where he delved further into the same themes, in the process acquiring an international reputation. His most recent novel La carte et le territoire received the 2010 Goncourt Award.