Forbidden passion. A dark enclosed milieu rife with dark compulsions is soon beset by a punitive people. How to escape the gaze of the Other? A modern-day Phaedra, with Marie Brassard in the leading role.

PASSION UNDER SURVEILLANCE
A woman tormented by irrepressible urges. A father and a son both subject to the ravages of passion. A dark enclosed milieu beset by a punitive people. Consumed by forbidden desire, Phèdre falls prey to public condemnation. In a society where everyone spies on everyone else, how to escape the judgement of the crowd? Can our inner turmoil and transgressions be concealed from the gaze of the Other? Nourished by the imaginations of Euripides, Seneca, Racine and Sarah Kane, this powerful reworking of the myth of Phaedra is anchored in the current era, in its zones of uncertainty, its decadence.

After dazzling festivalgoers in 2010 with the pungent poetry of Cendres, the brilliant writer and director Jérémie Niel, a rigorous explorer of the inexpressible, is back with a hypnotic piece. In a setting rife with dark compulsions and by means of words piercing through the silence, the intimate and the social come clashing together.

PRESENTED IN ASSOCIATION WITH CINQUIÈME SALLE

PREMIERED AT FESTIVAL TRANSAMÉRIQUES, MAY 26, 2014 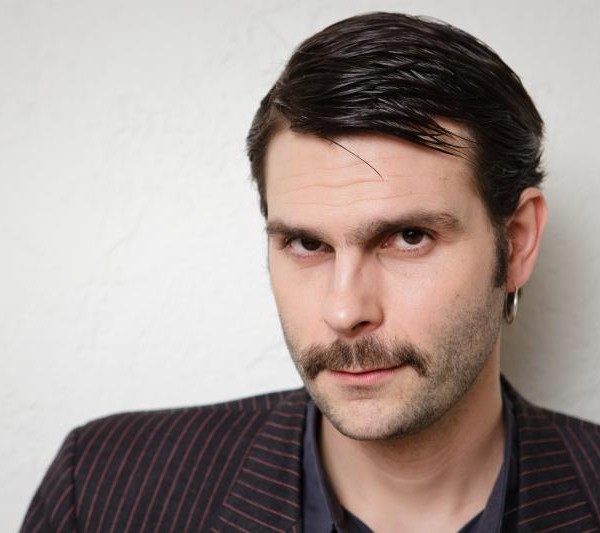 Theatre of the Inexpressible
For the past few years Jérémie Niel has occupied a unique place in the Quebec theatrical landscape. The brilliant writer and director, who studied at the Conservatoire d’art dramatique de Montréal (2002-2003), founded his own production company Pétrus in 2005. He has pursued, within its flexible structure and in a number of striking plays, a rigorous approach of formal exploration that invokes the spectator’s aesthetics and sensorial awareness. Sculpting shadowy light and presenting, in a distended temporality, stunning soundscapes interspersed with silence, he turns each piece into a hypnotic universe suffused with a subdued strangeness. A poet of a quirky, off-beat reality, he endeavours, in probing the underside of words, to reveal the zones of ambiguity and uncertainty that lurk in the human psyche.

Many of his works have generated keen interest. Among them, two destabilizing diptychs stand out: Son visage soudain exprimant de l’intérêt, based on the writings of Franz Xaver Kroetz and of Philippe Ducros (2007), and Tentatives, which he wrote and directed (2009). Recently he presented a compelling adaptation of the novel La concordance des temps by Evelyne de la Chenelière (2013), the vertiginous tale of an impossible love. He is back at the FTA this year, four years after his stage adaptation of Cendres. Based on a novel by Atiq Rahimi (2010), it was a performance of pungent poetry laced with silence and the inexpressible.

We use cookies to analyze our website traffic and personalize our content and ads. These cookies are secure and don’t contain sensitive information. If you are not comfortable with us using this information, please adjust your browser settings before continuing your visit. I understand