What’s on your dinner plate? What if the answer is one of the half-truths revealed during an incredible court case where a multinational agribusiness corporation sued an elderly farmer?

What’s really on your dinner plate? A mutant organism? Some accuse the multinational Monsanto of being a latter-day Frankenstein that has lost control of the genetically modified offspring it has let loose, mutations that end up in your local supermarket. Its response? Exert even more control. When a Saskatchewan farmer decides to fight back, a four-year court case ensues. Be thrice forewarned. One, every word spoken onstage is a verbatim quote. Two, this is more complicated than David versus Goliath. And three, one story may conceal another, much more ominous tale.

Annabel Soutar and her company Porte Parole have returned to an explosive topic first broached in an initial version of Seeds in 2005, raising questions that continue to spark debate. In conjunction with the ingenious Toronto director Chris Abraham, she is once again letting farmers, researchers, lawyers, Monsanto public relations reps and activists have their say, each one playing the role assigned him or her in the grand theatre that is the modern economy.

PREMIERED AT YOUNG CENTER FOR THE PERFORMING ARTS, TORONTO, FEBRUARY 18, 2012 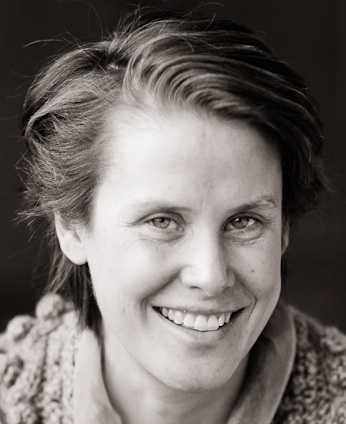 Shifting the Focus
In January 2000, an atypical play entitled Novembre appeared on the Studio stage at Monument National, with sixteen actors speaking the exact words of several different individual voices recorded during the 1998 Quebec election campaign. Written by Annabel Soutar and directed by Alex Ivanovici (the co-directors of the company), Porte Parole made an impressive début with that piece. That play was indicative of the company’s artistic approach – collecting quotes, carefully editing the material so that several different points of view are heard, highlighting the ambiguous nature of social and political issues and digging beneath the surface to get at what is really at stake, with a perspective of social awareness where spectators become engaged citizens. Porte Parole has presented plays about financial markets (2000 Questions, 2002), Algerian immigration (Montréal la Blanche, 2004), trade between Canada and China (Import/Export, 2008) and the state of local road infrastructures (Sexy béton, 2009-2010). The company’s main writer, Annabel Soutar, was born in Montreal and studied documentary theatre with Emily Mann at Princeton University.

For this production Porte Parole is working for the first time with Chris Abraham, the artistic director of Crow’s Theatre in Toronto. A wide-ranging artist, he is committed to exploring social and political issues and has staged diverse works by playwrights from Sophocles to John Mighton by way of Ionesco, giving theatrical shape to philosophical questions and contemporary political issues.