In a highly charged world, people approach each other to either make love or tear each other to pieces. A playful, invigorating and sensual work of great emotional intensity.

Like something straight out of a 1940s cabaret, three impish, feline dancers feign self-assurance. The men convey a cool nonchalance. But for how long? A twilight glimmer pierces the darkness of a world where ambiguity reigns. Are those bodies edging toward each other going to make love, or tear each other to pieces? Impossible to say. There is a palpable electricity in this new piece by Danièle Desnoyers. Nothing is absolutely certain, for moments of pleasure and explosions of joy have their own shadowy aspects. Order exists only as the flip side of chaos.

Four years after her presentation of Là où je vis, Danièle Desnoyers is back at the FTA with a spirited X-ray of human society. Seeking to slake her unquenchable thirst for space, she deploys language of high emotional density in Sous la peau, la nuit. A playful, invigorating and sensual piece. 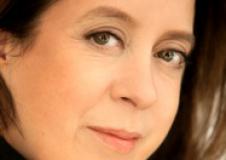 When she began her career in 1986 with Des héros désaffectés, Danièle Desnoyers went against the general trend of the day by seeking expressiveness of the body through minimalist movement. She took from anatomy the name of her company, Le Carré des Lombes (quadratus lumborum abdominal muscle), which she founded in 1989. Although she developed a more lavish dance vocabulary (plus dexterity and speed) in Du souffle de sa tourmente, j’ai vu, which won international acclaim starting in 1994, it was with Discordantia, presented at the FIND festival in 1996, that she embarked on a creative cycle where she placed the body in a dialogue with complex and sometimes dissonant sound environments. Duo pour corps et instruments is one of her most striking pieces from that period, which ended with Play it again! After Là où je vis (FTA, 2008), which combined dance and visual arts, she put a temporary end to interdisciplinary collaboration in order to extol the pleasure of dancing in Dévorer le ciel and the expressiveness of the body in Sous la peau, la nuit.

With solid casts composed of strong personalities, the works of Danièle Desnoyers convey the duality of the world. Navigating between formalism and deconstruction, order and chaos, rigour and folly, and fiery spirit and release, they reflect a voluble, generous and highly refined style full of humour and sensuality.