Un: Mani is alone onstage. Deux: His friend Manu faces him. Trois: 44 people from near and far question and contradict their sense of belonging. A necessary quest for identity.

WE ARE THE WORLD – À LA MONTRÉAL
Un: In June 2009 while the police were violently suppressing the Iranian nation’s desire for democracy, the Montrealer Mani wondered how much of an Iranian he still was. Deux: Mani and his friend Manu, another Montrealer of Jewish and French Canadian background, are unable to see in each other the basis of their respective identities. Trois: Onstage are 44 actors from near and far who have made their way to the human and urban mosaic that is Montreal, 44 who deprive Mani of speech as they appropriate it for themselves, taking issue with his words and dismantling them into splinters and fragments in order to understand their own scattered identities.

In barely two shows Mani Soleymanlou has established a reputation as a remarkable and necessary artist, inventing an amazingly unrestricted space-time between theatre and performance art. Faced with the artist’s quest for identity each spectator is complicit, and can’t help but contemplate his own identity. The creation of the third segment of his triptych promises once again to stimulate a lively response. 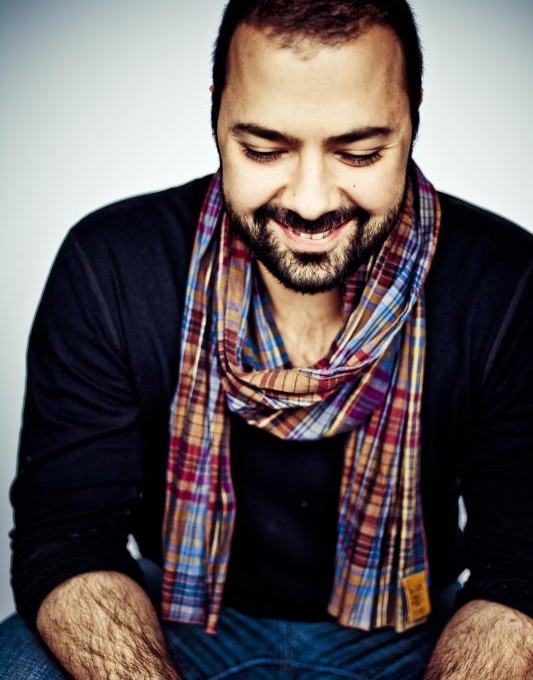 The Art of Floating in many a Universe
Born in Teheran, Mani Soleymanlou left his native country as a child to live successively in Paris, Toronto, Ottawa and Montreal, where he graduated from the National Theatre School of Canada’s acting program in 2008. As an actor he has performed in many important plays in Montreal in recent years, working with exacting directors such as Alice Ronfard and Claude Poissant, and participating in works like Furieux et désespérés by Olivier Kemeid and L'affiche by Philippe Ducros.

In 2011 Mani Soleymanlou founded the theatre company Orange noyée, where he produced the solo Un. It was presented at the Magnetic North festival in Calgary, at the Palais de Chaillot in Paris and elsewhere in Canada and abroad, with more than one hundred performances of the piece over the past two years. That first play gave rise to Deux, created at Théâtre La Chapelle in September 2013 with the actor Emmanuel Schwartz. Now Trois will be presented at the Festival TransAmériques.

The company takes its name from a Persian tradition. At Iranian New Year’s celebrations, among the various objects decorating the home is an orange floating in a bowl of water, symbolizing Earth suspended in the universe. For Mani Soleymanlou the name evokes Earth drowned in the vastness of space and time.