Variations on the theme of landscape and death, and paintings composed of flesh, colour, light and sound, marking the stages of an unusual journey into the magic of abstraction. Initially expressionist, the body becomes a canvas, a stain on the décor. The space stretches its horizon into infinity. Time ticks by in the near silence of slow motion, under the spell of a poetry of sound and image that sets restless spirits free.

In conjunction with the sound and light artists Laurent Maslé and Jean Jauvin, the visual and performance artist Julie Andrée T. previously captivated audiences with Not Waterproof andRouge and their accumulations of colours and objects. With Nature morte, these intrepid explorers of new theatrical territories more than meet the challenge of mingling disciplines by contravening stage codes and conventions in a jubilant combination of audacity and charisma.

PRESENTED IN ASSOCIATION WITH ESPACE GO 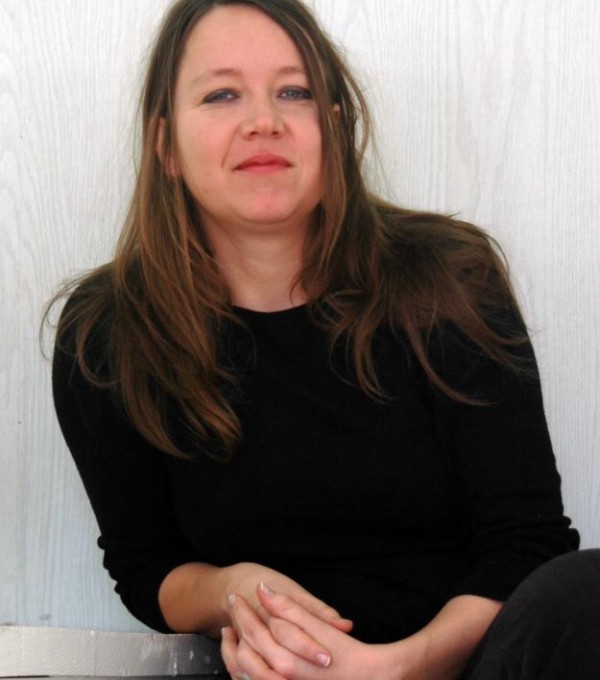 Body, Space and Time
Julie Andrée T. studied visual arts in Montreal. Placing the body and space at the core of her approach, she initially made her mark as a performance and installation artist. Professionally active since 1996, she has presented her work in Canada, the United States, Europe, Asia and South America. In 2003 the Festival de Théâtre des Amériques featured her piece Problématique provisoire, which explored the theme of loss of identity. With a certain disregard for the conventions and codes of performance, the staging highlighted the graphic dimensions of the piece. But it was with Not Waterproof / L’érosion d’un corps erroné and Rouge, presented at Festival TransAmériques in 2009, that she achieved the theatrical object she was aiming for, an installation-performance that was a perfect amalgam of graphic elements (body, painting, props, costumes, lighting) plus sound. Viewed as an object, the body is often subject to hardships.

Those two works were followed by Nature morte, and all three were created in collaboration with Jean Jauvin and Laurent Maslé, who often work in contemporary dance. Jean Jauvin seeks to create lighting that comes alive, with an architectural approach to lighting design. Laurent Maslé is known for the organic nature of his sound environments, and is also interested in acoustic ecology.

Julie Andrée T. was invited to the Avignon Festival in 2010 to present Not Waterproof andRouge. She has collaborated with various artists such as Jacob Wren, Martin Bélanger, Xavier LeRoy, Benoît Lachambre and Dominique Porte, and has been a member of the collective performance group Black Market International since 2003. An occasional curator, she has also taught performance art at the School of the Museum of Fine Arts in Boston.