Making the most of a cold winter day, I bundle up with a cup of tea and catch up on some reading and listening. I delve into Parler mal, a podcast created by Gabriel Robichaud and Bianca Richard, two artists from Southeast New Brunswick. In a series of five captivating 10 to 15-minute episodes, they speak with various guests, such as sociolinguist Annette Boudreau, former federal MP Claudette Bradshaw, or Nova Scotia Acadian artist Éric Dow, to elucidate the experience of linguistic insecurity.

This Radio-Canada Acadie production is a continuation of the theatrical mockumentary Parler mal, which was initially performed at the Jamais Lu festival in August 2021, in a staged reading by Alix Dufresne. In this creative writing project supported by FTA Respirations, Gabriel Robichaud and Bianca Richard explore the stigmatization of accents and the internalized linguistic discrimination they face daily as Acadians. They strive to understand how linguistic insecurity develops and whether it is possible to rid oneself of it.

“The more people told us our spoken French was bad, the more we believed it. [But] what does it mean to ‘speak ugly’?”
–Gabriel Robichaud

Linguistic insecurity is defined by a deep-seated fear of committing mistakes while speaking out loud that would make one seem illegitimate in one’s own language. It causes a hypervigilance regarding the various ways of expressing oneself. Faced with discrimination, a linguistically insecure person might silence or overcorrect themselves, or even use a defensive accent with regional expressions. This phenomenon doesn’t affect Acadians exclusively—it can happen in all languages, as long as one linguistic form dominates another. In Québec, for instance, some accents remain subaltern to the standard French norm. 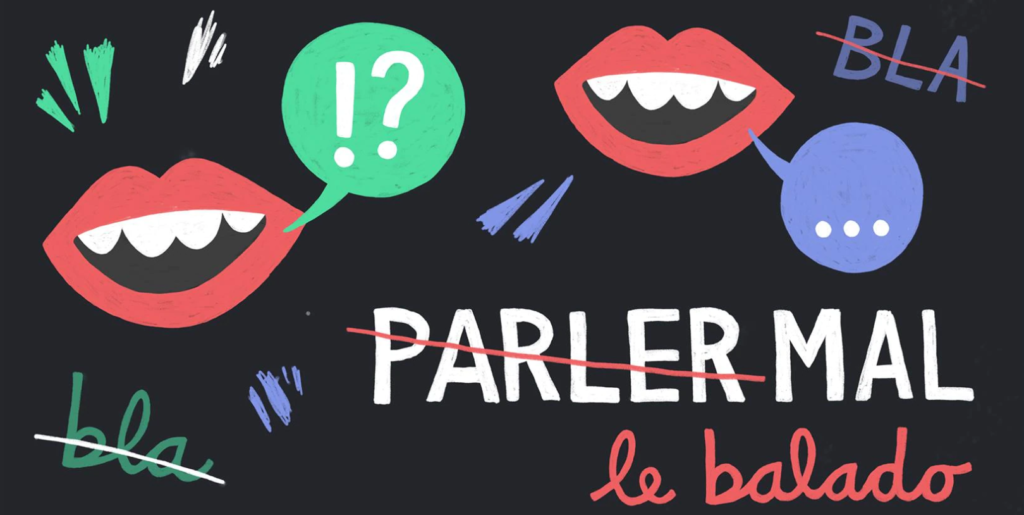 In their podcast, Gabriel Robichaud and Bianca Richard articulate several possible ways of fighting linguistic insecurity, which they will further explore in their upcoming theatrical performance. For instance, learning about the history of French in Acadia is a way of recognizing the existence of a wide variety of French languages over the past centuries. The two podcasters also stress the importance of linguistic flexibility and of adapting our ways of speaking to various levels, contexts, and social norms in order to gain confidence. Last but not least, they remind us of the role of art in promoting different accents!

In addition to taking part in Respirations, the two artists have received major support from ArtsNB and the Canada Council for the Arts for this project, which was awarded the Prix national d’excellence RBC de la Fondation pour l’avancement du théâtre francophone au Canada. This winter, they will be conducting interviews in order to expand their endeavour beyond Acadia, and create a new version to present in a creation workshop this coming summer.

Born in Moncton (NB), Gabriel Robichaud is an actor, poet, playwright, and singer. His play Crow Bar was recently staged by the Théâtre de l’Escaouette and published in the theatrical imprint of Éditions Perce-Neige, which he also edits.

Born in Notre-Dame de Kent (NB), Bianca Richard is an actor, puppeteer, playwright, and screenwriter. Since completing her studies in 2013, she has been exploring performance, theatrical creation, teaching, and film. In 2021, she premiered a new role in the children’s series Oniva ! on Radio-Canada.